I am often asked about the progress of Big Sky’s expansion project – titled “A Promise Kept.” Have we broken ground? How much money have we raised? What happens next? Where is the facility going to be constructed?

I appreciate when folks inquire about the project because I know they care about it! It is definitely a challenge to keep everyone updated, as there is often things changing regarding the project. My goal for this blog is to leave you with a clear picture of progress regarding the new facility.

The first area I will tackle is breaking ground. Big Sky Bible Camp’s Advisory Committee has set a tentative ground breaking date for the spring of 2018. More details will be provided closer to the time, but we are attempting to nail down an exact date. However, there is much that needs to happen before that time. Currently, the civil engineering firm Big Sky is working with has sent the initial application in to the Department of Environmental Quality for septic and water systems. They have gotten back to us with some areas that need further work by the engineers, but this is nothing major and there is normally some back and forth between the engineers and the DEQ.

A second area we are working on is building plans. We are working with 100 fold, a non-profit architectural firm based out of Lakeside for these plans. They have given us the initial sketches of buildings and locations. They will begin working on actual building plans about 4-5 months before we are ready to break ground. Those plans will need to be “stamped” by a structural engineer, an electrical engineer and anyone else necessary for approval by the state. The good thing about all of these permits and licenses is that it is just a matter of working out the details – there is no process through which Big Sky can be denied permission to build at this point in time. 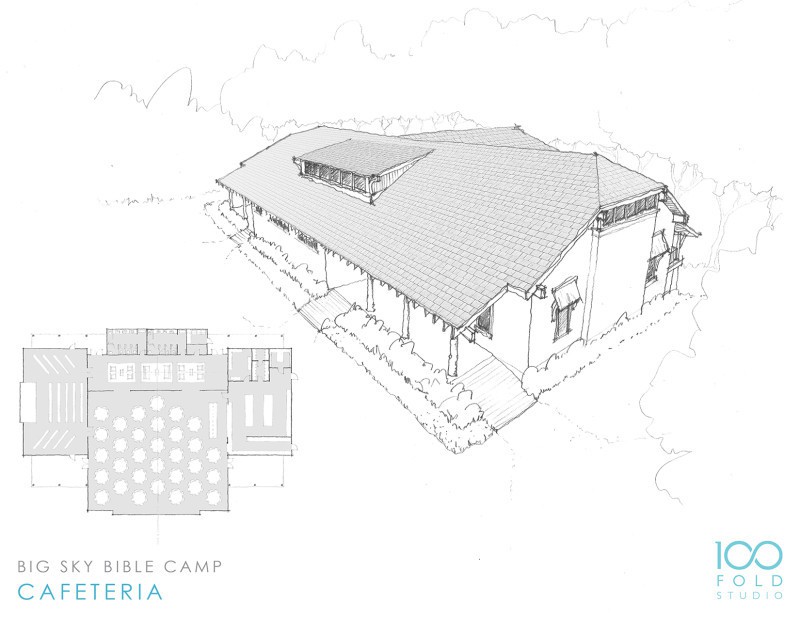 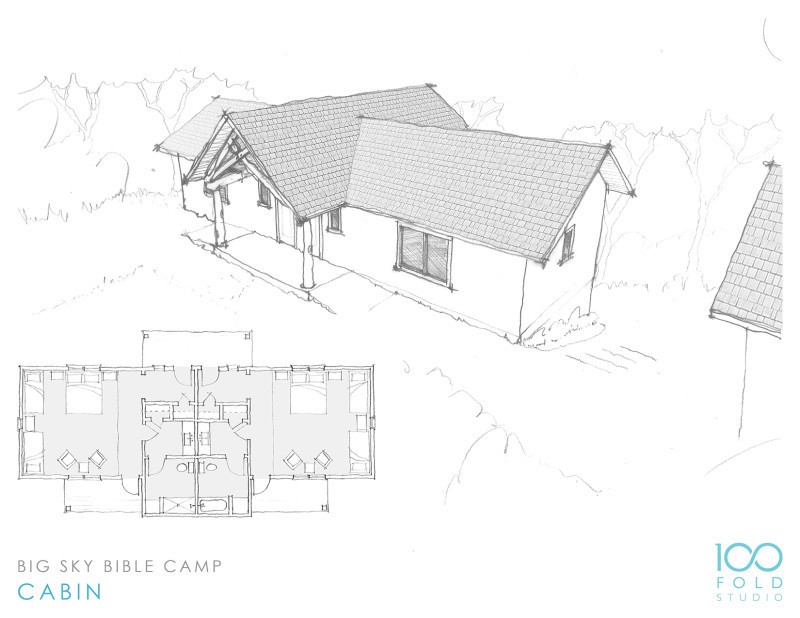 Financially, the numbers continually change, but we currently have around $85,000 in the bank devoted specifically for this project. Our groundbreaking goal that we have advertised was $300,000. We chose this number because we felt like it would be an amount significant enough to provide a good start on the project. The hope is that funds will continue to come in as we build. The challenge with waiting to break ground is that many of the licenses and permits necessary to build will expire if we wait too long. Thus, there is a balance between waiting until our bank account builds and moving forward because the permitting system demands it. As a reminder, it is Big Sky’s policy never to go in debt for any reason, so a loan is not a possibility and not something the leadership of Big Sky even want to consider.

Even though we are not yet at the $300,000 groundbreaking goal, Big Sky’s Advisory Committee sees the need to continue moving the project forward. This is the reason we want to set a groundbreaking date and pray that we reach our $300,000 goal before that time.

Supporters are also usually curious about the total cost of the facility, which will consist of a new central dining hall, kitchen, conference room and 8 double housing units. While the cost of hiring an outside contractor for the whole project is enormous, the expense of doing much of the legwork ourselves will save significant funds. This will be done with as much volunteer labor as possible and with the aid of professionals along the way.

Another option that Big Sky possesses is the sale of a 22 acre portion of property that is cut off from the rest of Big Sky’s acreage. This would bring in approximately $300,000, of which a majority of that money would be devoted to the new facility. While selling land is not our first choice for raising funds, it does reveal the seriousness we possess about the project. The property sale is definitely something we are willing to do if we believe the Lord is leading us in that direction.

As for location of the facility, the easiest way to show you that would be for you to come to our open house and 70th anniversary celebration on July 22, from 4-8 PM. There will be guided tours showing where the facility will be and how it will be laid out. If that doesn’t work out, give us a call and we will show you around anytime!

Currently, our main efforts are in raising awareness for this project. Words can’t express how firmly we believe in this expansion and how much we trust that God will use it greatly for His glory! Please join us in spreading the word about special needs ministry, Big Sky Bible Camp in general and this project in particular. For more info., go to www.bigskybiblecamp.org