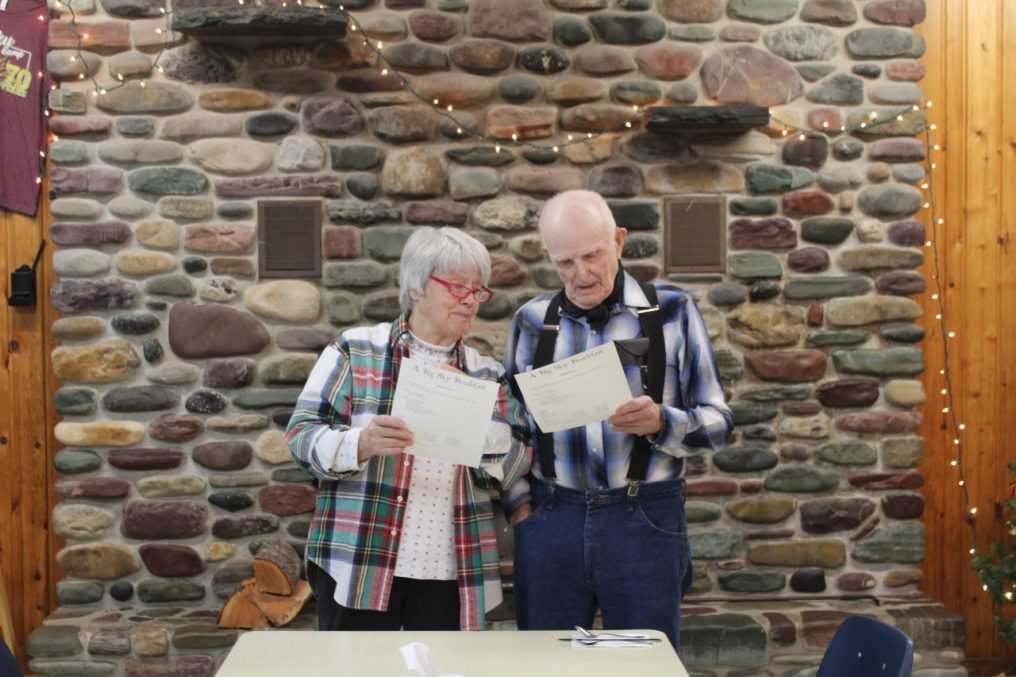 One of the goals of this blog is to help you to get to know Big Sky Bible Camp and Camp Promise better.  With that in mind, I would like to take this blog to share about “Hash,” Big Sky Bible Camp’s caretaker, woodcutter and maintenance man of 46 years.  Hash (this is a nickname of course), his wife Jeannie and two boys, came to Big Sky Bible Camp in 1973.  A rancher near Missoula, Hash came to the Flathead originally as part of a work crew to serve at camp.  He saw the sign for Big Sky, turned in and the rest is history.  Ironically, Big Sky wasn’t the camp where he was supposed do the work project, but he decided he would stay and eventually moved his family to the grounds of Big Sky to be the caretaker.

My first introduction to Hash was when I came to Big Sky in 2008 to be the director.  I remember being told that Hash “comes with the package.”  Little did I know then how much I would learn to love and appreciate the old Montana cowboy.  Just about every building, ditch, and developed area of Big Sky has Hash’s name written all over it.  Until recently, whenever we couldn’t find a water line or needed to know something about a building, we would go find Hash.  Amazingly, up until a couple of years ago, he was still cutting all of the wood that we burned at Big Sky while in his 90’s!

One thing that drove me crazy about Hash often occurred when our maintenance man or myself were trying to fix something or figure something out.  Hash knew perfectly well how to do what we were attempting to do, but he would never say anything unless he was asked and even then, it was not a guarantee.  I suppose, in his wisdom, he knew that if he helped us with everything, we would never figure things out!  Everyone who has encountered Hash probably has a good story to tell about him.  He touched lives, not through any kind of formal teaching or chapel setting, but through hard, sacrificial work, deep humility and a reverence for God.

I guess this blog feels appropriate this week because, as of yesterday (Monday, the 4th), Hash moved from his residence on camp of close to 46 years to the Columbia Falls Montana Veterans’ home.  My purpose in writing is both to honor Hash and his legacy at Big Sky as well as to encourage visitors as he adjusts to his new home.  As far as I know, there are no guidelines for visitors.  In our fast paced American culture, folks like Hash are often left behind and forgotten about, but I hope that, as a believers in Christ, we heed the Biblical admonition of James 1:27.  Of course Hash is neither a widow or an orphan, but the principle still applies and the term translated “visit” conveys far more than just a chat, but rather an intentional caring for them.

Whether your memory of Hash is receiving fatherly hugs or being scolded for driving too fast on camp grounds (we are in need of another camp speed limit officer), we are all thankful to the Lord for Hash’s years of faithful service at Big Sky.  He will be deeply missed by us all.